Steven Mueller of Clearwater was looking for a new sport involving a paddle and birdie that didn't need a court and that's what led him to come up with Jazzminton. 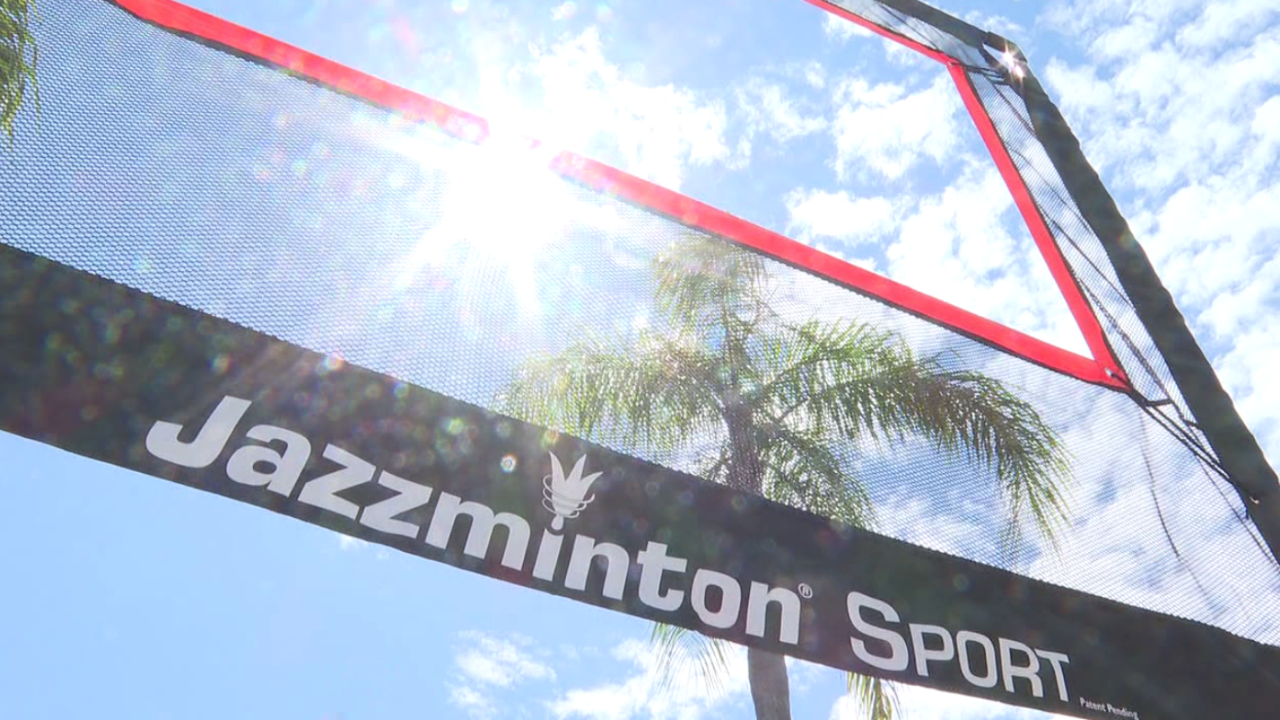 By: Robert Boyd
Posted at 8:18 AM, May 16, 2022
CLEARWATER, Fla. — This summer you may see a new game being played at beaches, parks and backyards throughout the Tampa Bay area. It’s called Jazzminton, it’s like badminton or pickleball but instead of hitting back and forth over a net, you hit through the net. The idea of Jazzminton has been volleyed around by creator Steven Mueller for the past four years. Mueller is a Switzerland native who now lives in Clearwater. “I am a mechanical engineer and from that point, I was very creative, I like to invent things,” said Mueller. He was looking for a game paddling a birdie or ball that didn’t need a court.
“When you look at tennis, you got to find a tennis court, you have to drive somewhere,” said Mueller.
He also wanted something that was durable yet easy to assemble and transport. “It should hold up five to 10 years easy with a good amount of usage,” said Mueller. It was also important that it didn’t take up a lot of space, you can even play in the living room.
“Let's say you are in the winter up north, it’s freezing cold, you can take it indoors and have a good time,” said Mueller. So how did he come up with the name? “It has a nice sound to it, it has a rhythm to it,” said Mueller, who compared the sound of the bride being hit back and forth to smooth jazz. When you invent a sport from scratch, that means your friends and family get to be featured on the box. “Family friends for a long time and then he asked us to be on the box I was like, ‘sure,’” said Ashleigh Dolbaczuk. “And I was like, ‘I’m going to play this and I’m going to be good at it.’” “Playing it, it’s got a different aspect of challenge with the hole in the net,” said Will Simpson. Since its debut in November, its already stocked on shelves in more than 200 stores nationwide. The next big goal for Mueller is to set up the first official Jazzminton tournament on the beach later this year. “I totally see it being a really good competitive tournament sport, because it’s easy to use, easy to learn and anyone can play it,” said Dolbaczuk.
For more information go to funsparks.com